10 books with adventure, romance, and history spilling out of their pages for absorbing summer reading! 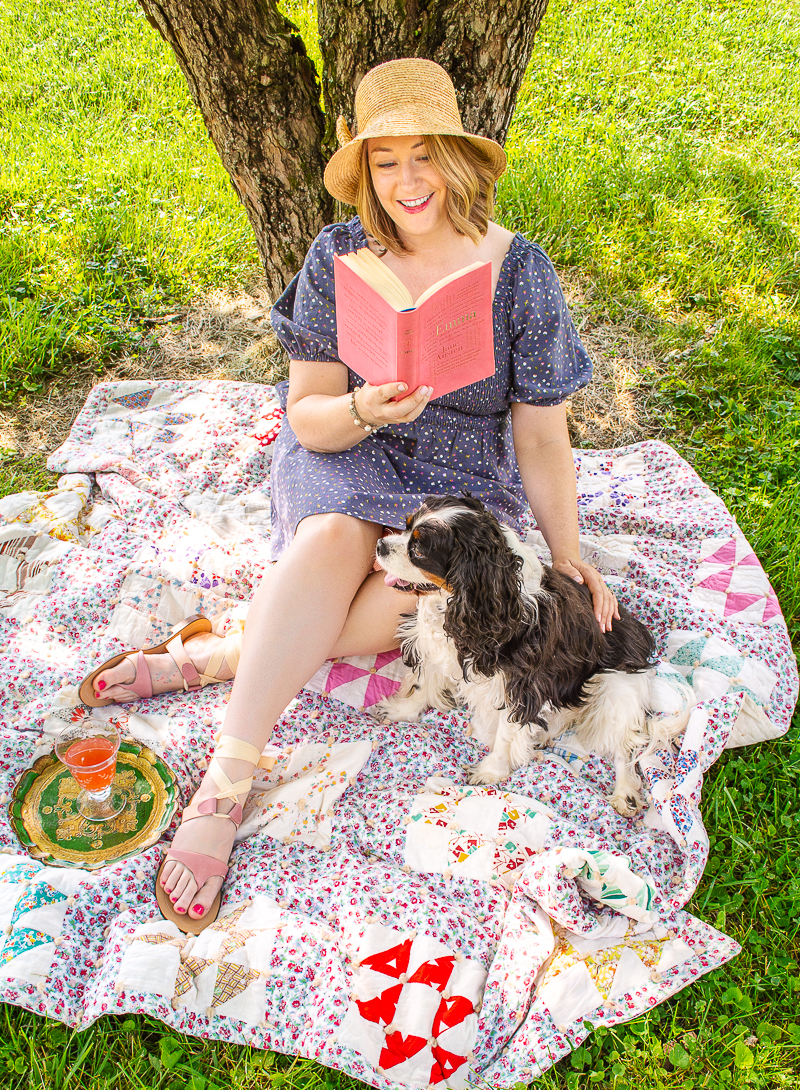 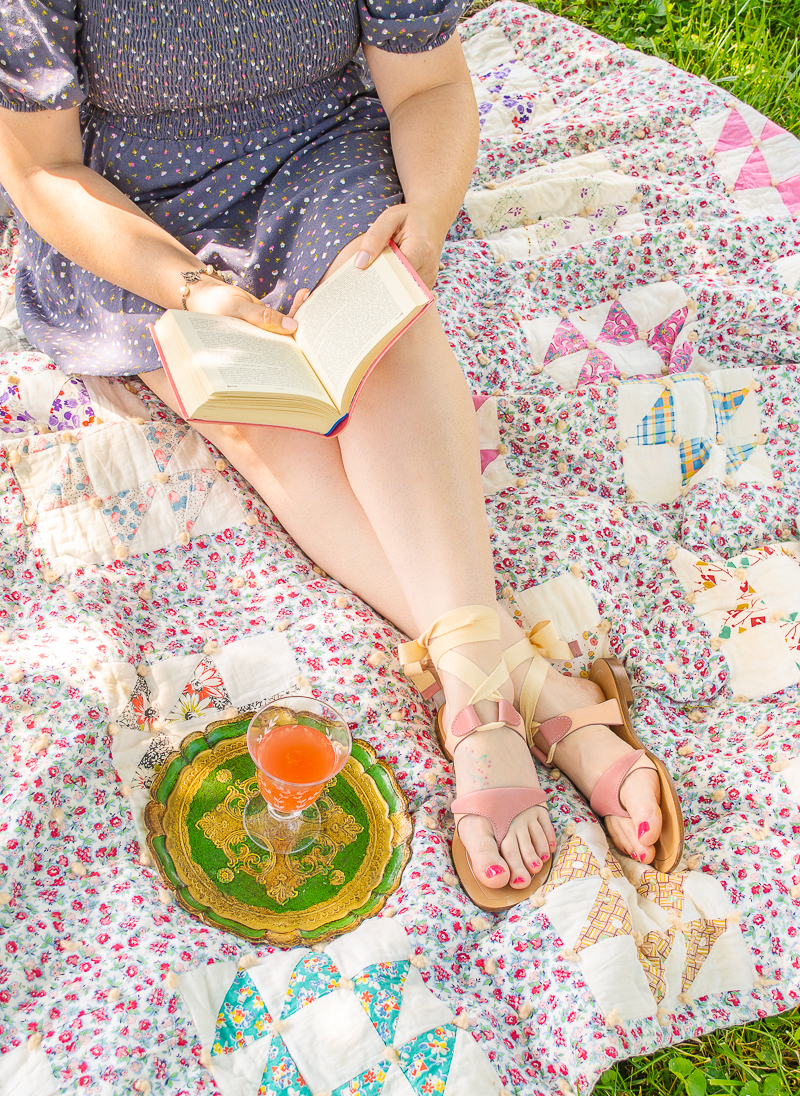 Pour some sweet cold wine, grab a quilt, and let’s head out for a shady tree to read away the afternoon!

Gothic mystery with family secrets, a crumbling castle, and World War II drama…sounds riveting to me! Plus I love the layered nuanced mysteries that Morton creates with lush characters.

1920’s Kenya, a female pilot and adventurer, and a connected story to Out of Africa….yes, please! Can’t wait to dive into this fictional account of Beryl Markham’s life in Africa.

A Southern gothic tale about Bourbon — pour me a glass! A tale of betrayal, revenge and a family scandal that bore a 150-year-old mystery. 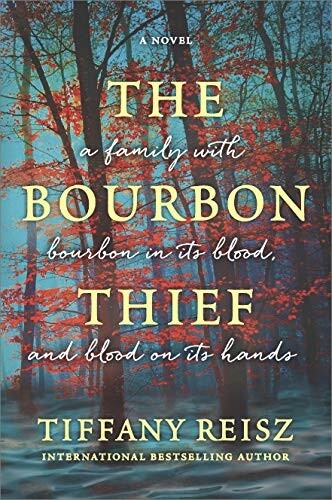 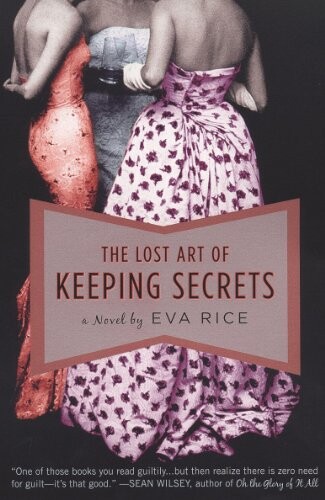 The Lost Art of Keeping Secrets

London in the 1950’s, the young society set, American movie stars, and simmering romance are just the descriptive words to catch my attention for summer reading. Plus several reviews compared it to I Capture the Castle, which was one of my favorite books growing up.

Dawn on a Distant Shore

You may remember the first book in this series, Into the Wilderness, was on my winter reading list, and I really enjoyed it, so I am going to continue with the series and see what happens to Elizabeth, Daniel, and their new family.

I really enjoy Du Maurier’s lyrical prose and vivid descriptions, so I’m looking forward to reading Jamaica Inn to see how she spins this tale about the British moors, smuggling, and a young woman orphaned with estranged family.

Archeology, Roman Legions, the Scottish wilds, ghosts, and romance all in one book? Immediately adds to summer reading list! Looking forward to delving into this Kearsley novel as I have read several of her works and enjoyed them all.

A History of the World in 6 Glasses

A History of the World in 6 Glasses tells the story of humanity from the Stone Age to the twenty-first century through each epoch’s signature refreshment: Beer, wine, spirits, coffee, tea, and Coca-Cola. I’m fascinated by the cultural history of foods.

Long time readers of P&P already know I re-read this book once a year because it is hands down my favorite Austen novel. The meandering paths of Highbury are calling my name this summer! 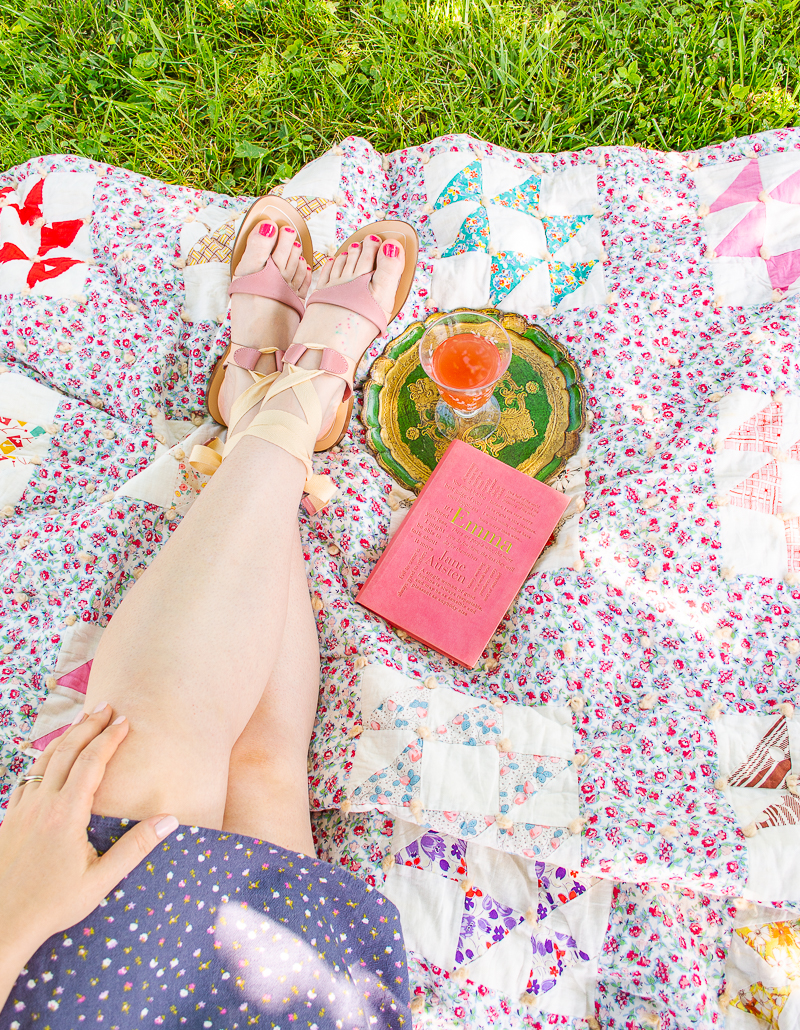 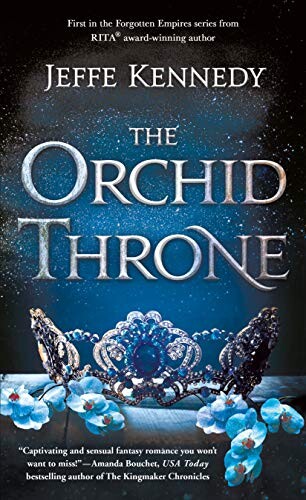 As Queen of the island of Calanthe, Euthalia will do anything to keep her people free—and her secrets safe—from the mad tyrant who rules the mainland. Conrí, former Crown Prince, has built an army to overthrow that tyrant. But he needs the fabled Abiding Ring to succeed. The ring that Euthalia wears.

Queen Euthalia has defied an emperor to wed Conrí, a man with vengeance in his heart, to see the wizard’s prophecy come true. But Euthalia’s dangerous bid to save her realm doesn’t lead to immediate victory.

Returned to her island kingdom broken in mind and body, Queen Euthalia faces ancient terrors. She must use her magical bond with Calanthe to save their people while Con fights to hold off the emperor and his wizards. Con and Euthalia will have to trust in each other—and love—to fend off ultimate disaster.

I am a devoted fantasy reader, but I will admit to enjoying a heavy dose of romance along with great world building and magic. Jeffe Kennedy always delivers both! I just finished this 3 book series and throughly enjoyed the characters and unique setting.

If you like damaged heroes who overcome insurmountable odds, strong magical heroines, and seeing good triumph overall evil, you will enjoy this series.

By the way, if you like my gladiator sandals they are from one of my favorite luxury shoe designers Sarah Flint, and you can receive $50 off your first pair with my code SARAHFLINT-BAKATHERINEM. 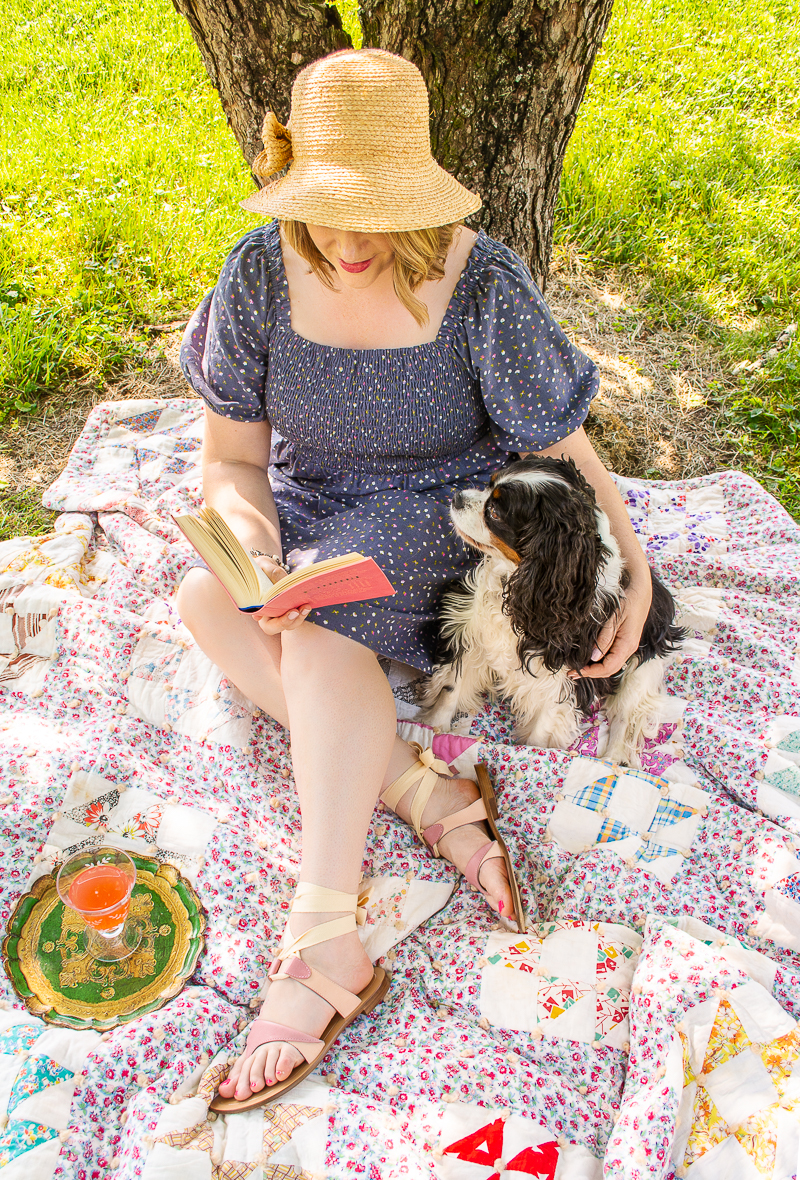 So grab one of these summer reads and come enjoy an afternoon with us under a shady tree! Henry and I will be debating the books closely! He has many philosophical thoughts on plot devices and character development. ? 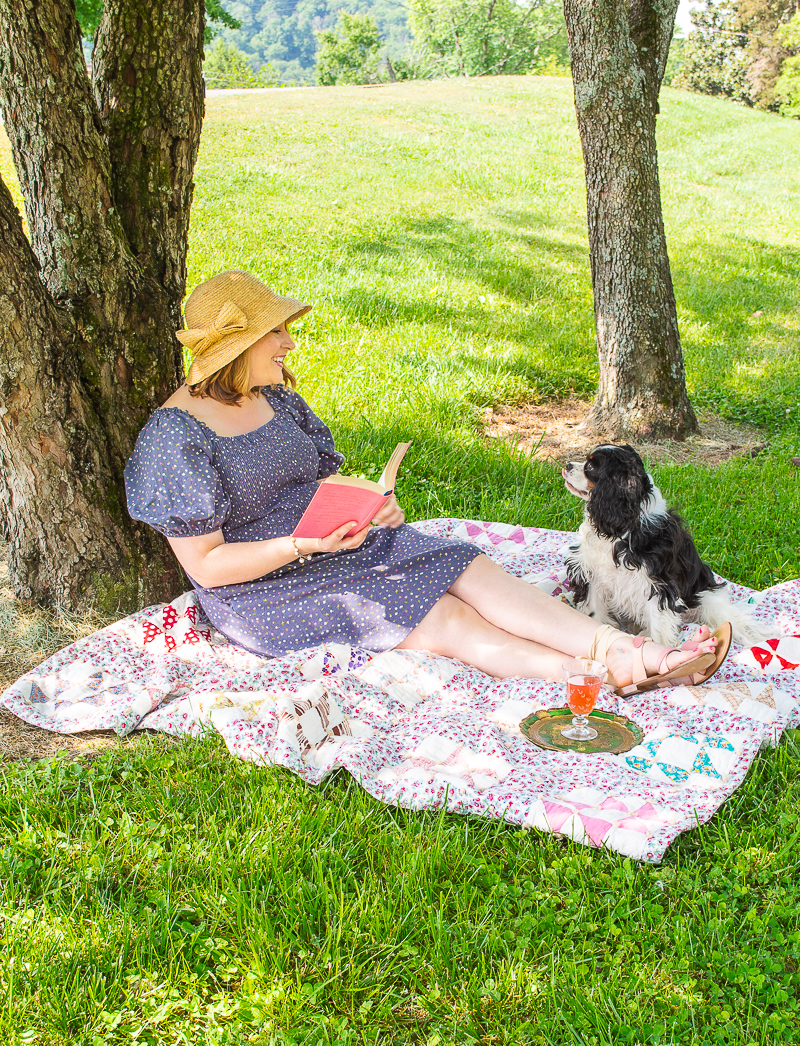